It has taken me a while to be able to write this post.  I've added to it over the past month and I guess I'm ready to publish it.

Duke was a perfect addition to our house.  His personality fit right in. 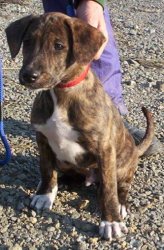 He forced Teddy to like him.  He jumped on his head, bit his ears, tackled him at every opportunity. 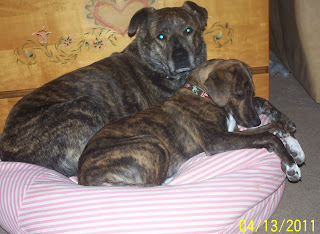 He laid down next to him whenever he had the chance. 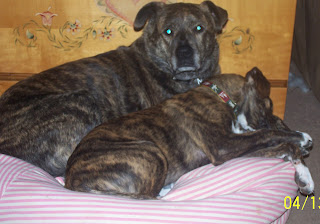 He followed him EVERYwhere, Teddy never had a moment's peace.  He played soccer with us in the yard.  No matter that the ball was bigger than his head, he still managed to control the ball. 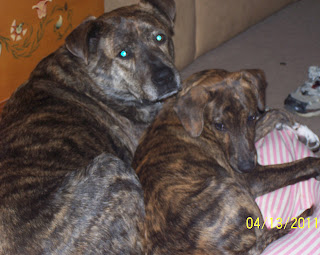 On Wednesday, June 29th, Duke somehow got out of our gated back yard and got in the road. 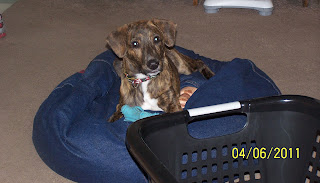 He was hit by a car, and passed away. 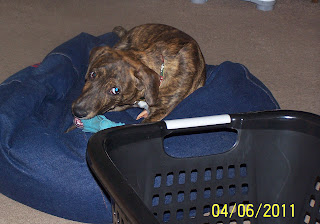 It's still hard for me to write about it.  I miss him.  Badly. 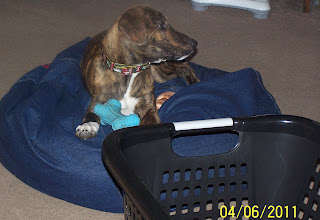 Jeff was in Columbus, Conor was at Jon and Allie's house, so that left me to handle it. 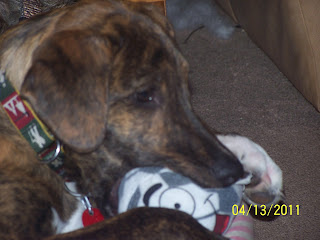 Thank God for my mom.  And my uncle Don.  My mom helped me do things I don't want to talk about and would never have been able to do by myself.  Well, maybe I would have, but I'm so thankful I didn't. 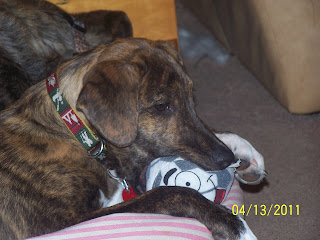 Our yard has a lot of clay in it - and cement since it used to be a huge hill and was filled in with dirt and cement pieces.  So digging in it... almost impossible. 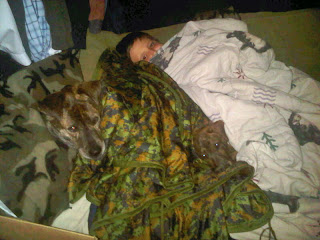 That's where my uncle comes in.  I called him, crying, and asked him to dig a hole.  It was around 8:30 PM and getting dark.  He asked when, I said now, he came right over with his back hoe.  Or whatever it is.   It digs holes, that's about all I know. 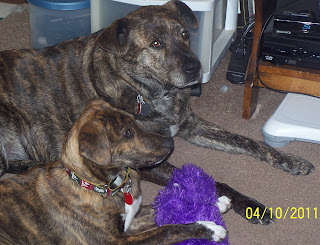 It was dark by the time we finished, and I was in shock knowing I wouldn't see Duke anymore. 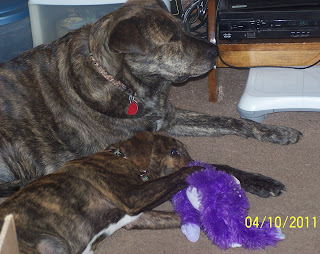 And I was the one who had to tell everyone. 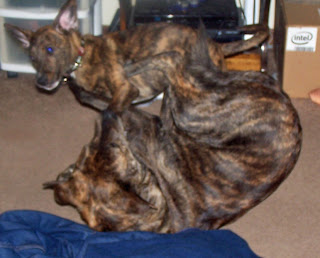 He was the best dog and taken from us way too soon.  I miss him so much.  He did have a very happy life, even though it was short. 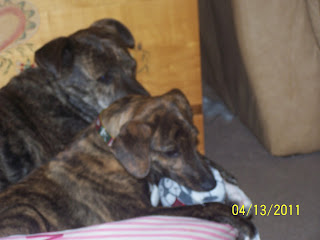