There is a website I look at often.  It has lots and lots of pictures. You can go look yourself and find what you like:  TheBerry

Today, they have an inspirational quotes post.  These are my favorites: 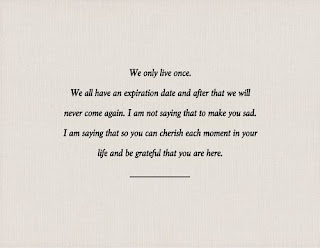 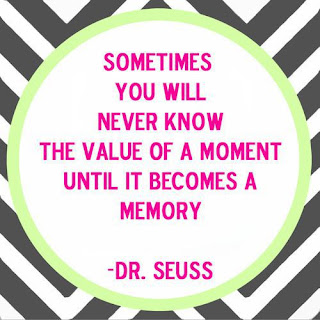 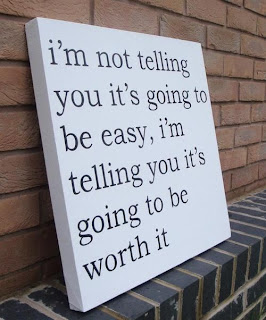 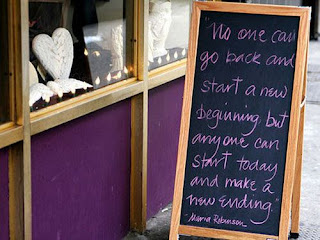 The first two remind me of the saying "You don't know what you've got til it's gone."  And, really... you don't.  The second two and thoughts like it, are what keep me motivated - to do the PX90 and start new things right now.

So, check it out, you might find inspiration on one of the other posts as well.  There are several posted daily.
Posted by Katie at 7:00 PM 1 comment: Links to this post

Ceara takes a ceramics class in school - that wasn't even offered when I was in school!  I love hand made things.  I want to learn how to do it too, but one thing at a time.

Anyway, she made a mug for Jeff for Christmas.  She was disappointed because the paint is chipping off, but I think she did an amazing job on it.  See for yourself: 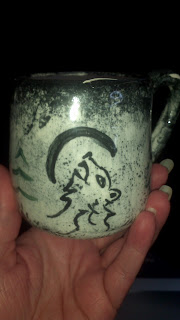 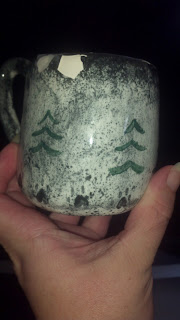 Well, until I can post some pictures, you will just have to read a wall of text.  So far this year, I've gotten into a routine of getting up early and doing PX90 workout* - I was doing it a couple of times a week before Christmas, but now I'm doing it every day.  For the past 5 days anyway.  It's going pretty well - I like doing it every day better because I'm building up more stamina for it.  Boy am I sore when I get up in the mornings, though.  However, I feel awesome when I'm done!

I also got a Zumba DVD that I started tonight.  This was the first night I could do it because of other commitments throughout the week.  It comes with an instruction dvd that I had done over the weekend, so I thought I would give the real thing a shot.

Between the 2 of them, if my legs don't look awesome soon... I want a refund!  ;)  Right now I'm thinking I'll be lucky if I can walk tomorrow.

I've also began crocheting.  I have always wanted to learn to make afghans, and it looks like I might be able to soon!  If I can get the stitches right.  I'm working on it.  So far, I have one semi-rectangular dish cloth.  I'm working on the second one.  I would post pictures of my attempts, but... see the below post.

Also coming up this weekend, I am throwing a baby shower for Ceara.  Yes, that's right, I'm going to be a grandma for the 2nd time before I turn 40!  We will be having another baby girl in the family before the end of the month.  Rylee Lynn is the chosen name so far.

Conor is finally getting back into his school routine, it was a little rough the first two days, but I think he's back to status quo.

I've actually found a nails and I hung up some pictures.  I'm feeling all organized and stuff.  I still have one frame left to fill, and I hope to get that done after the shower this weekend.

And now, it's time for bed - actually, a little past my desired bedtime.  I will try to keep you posted!  ;)

*this is not a resolution, I was doing it last year for most of the year, I'm just kicking it up a notch.
Posted by Katie at 9:44 PM 2 comments: Links to this post

Blogger won't let me upload any pictures.  Grrrr.  I'm trying to post more, been trying to do another post for the last week!  But I am unable to get the pictures in there so I can't do it.  It is an important visual too.
Posted by Katie at 9:19 PM No comments: Links to this post