The sport this year is T-ball for Lily.  So, every Saturday from April til Mid June we took her to her games.  Rylee was not interested in going, so all of these are the pictures I took of Lily during T-ball: 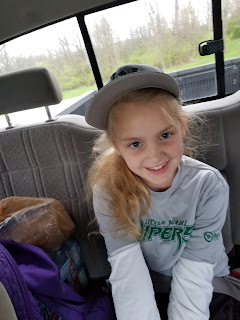 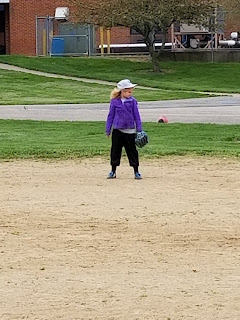 Various games throughout the months: 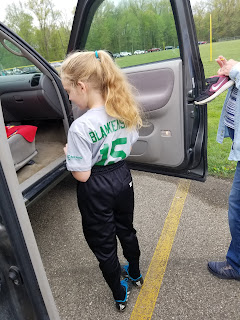 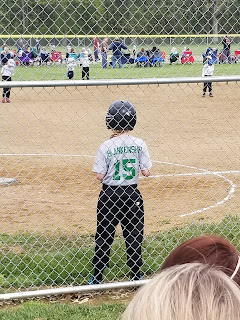 Lily was playing catcher, and I happened to get a video of her making a great catch.  It is within the first couple of seconds, so watch again if you missed it.  :)  She was very proud of herself. 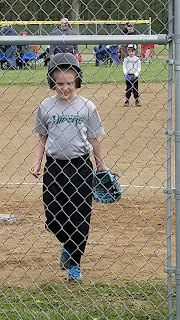 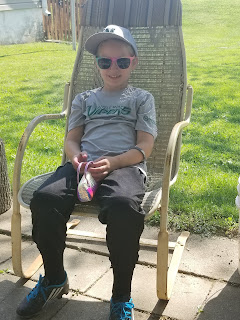 She and her sister, Anna, were the only 2 girls on the team.  They took 2nd place in the tournament. 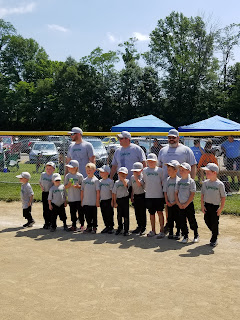 It may look like she has on shorts, but... as soon as the game was over, she took her shoes and socks off, pulled the pants up as far as she could, and put her sandals on. 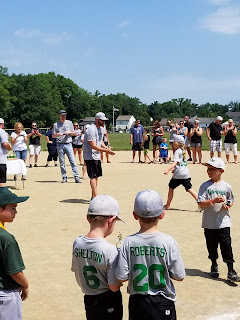 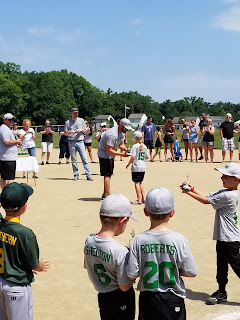 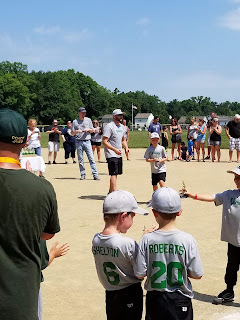 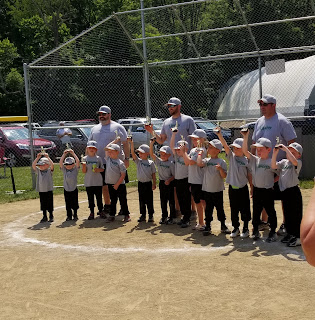 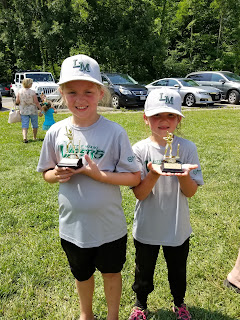 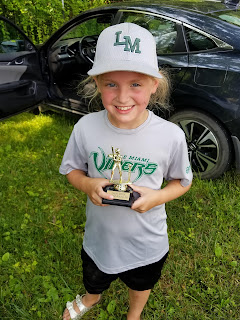 She said she liked T-Ball, but didn't love it because it was too hot.  The long pants and tall socks in the sun didn't help.  When asked if she would want to play again, she said no.  lol