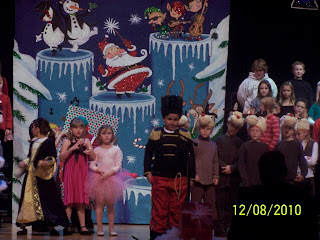 This year Conor had a speaking part in the school's production of North Pole Musical.
The Snow People, the Reindeer, the Elves, and the Toys, were all vying for a spot in the upcoming musical production. Santa had given the impossible task of finding a suitable act for the show in a short time to Mrs. Clause; and it was her job to listen to the auditions.
There was, of course, much drama in trying to get Mrs. Clause's attention and the Elves even went on strike! The kids did a great job and got a standing ovation at the end.

Conor's bit was to introduce the "Nutcracker Megamix" portion of the show. We thought it would be a good idea to dress him up in a Nutcracker soldier outfit. My mother is an excellent seamstress, so we enlisted her skills to help make the costume. She did a terrific job of transforming sweat pants and an oversized shirt into an officer's uniform. I had fun at the local Walmart at 2 o'clock in the morning trying to get fabric cut while the employees were busy stocking shelves. I wonder what they thought of me coming in at that hour wanting to buy a yard of faux fur, shiny medalion trim, and curtain tie back cords? 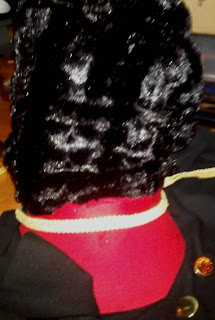 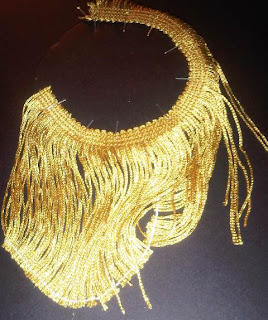 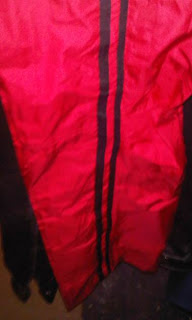 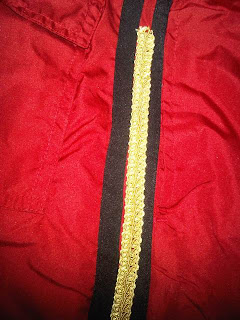 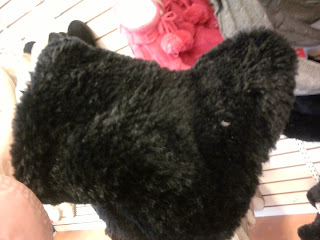 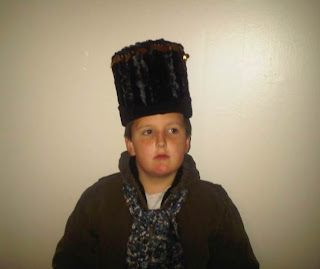 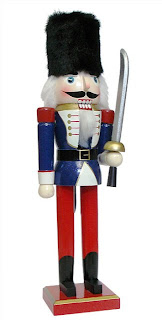 All the ideas were yours, Jeff! I did the easiest parts but you did the hard stuff and made them great! Conor looked so cute in it! Wish I'd been there to hear him speak his lines. You both did a super job!